Beat the egg and milk together with a fork on a plate. Dip each slice of bread in the egg mix until coated

Heat the butter in a frying pan and add the slices of bread, one at a time. Cook for a minute or so until the underside is golden then turn and cook the other side for the same until golden. Remove from the pan and sit them on a plate and continue cooking each slice of coated bread.

Now dust the slices with the cinnamon sugar – Drizzle over melted chocolate, slice in half and serve. 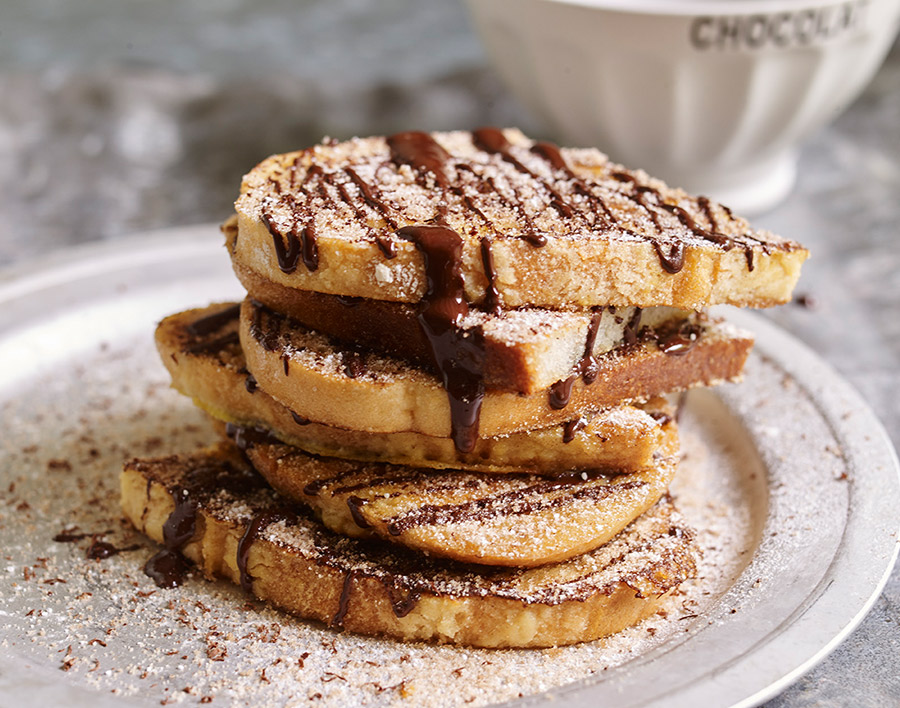 PREV
NEXT
Gradz Gluten Free Dark with Seeds is perfect for #

Have fun making #festive style canapes with your #

Have a Happy Saturday with Gardz Gluten Free Dark


We are using cookies to give you the best experience on our site. Cookies are files stored in your browser and are used by most websites to help personalize your web experience.

This website uses cookies to improve your experience while you navigate through the website. Out of these, the cookies that are categorized as necessary are stored on your browser as they are essential for the working of basic functionalities of the website. We also use third-party cookies that help us analyze and understand how you use this website. These cookies will be stored in your browser only with your consent. You also have the option to opt-out of these cookies. But opting out of some of these cookies may affect your browsing experience.
Necessary Always Enabled

Performance cookies are used to understand and analyze the key performance indexes of the website which helps in delivering a better user experience for the visitors.

Analytical cookies are used to understand how visitors interact with the website. These cookies help provide information on metrics the number of visitors, bounce rate, traffic source, etc.

Advertisement cookies are used to provide visitors with relevant ads and marketing campaigns. These cookies track visitors across websites and collect information to provide customized ads.

Other uncategorized cookies are those that are being analyzed and have not been classified into a category as yet.